In the early hours of October 9, 2005 on a small two-lane road in Connecticut during a torrential rainstorm, my nineteen-year-old son Jason died in a single car accident. The police contacted my older son’s school officials who then informed him and drove him to our hotel where my wife, Laura and I were staying for parents’ weekend. He called us from the lobby and asked us to come down. As I exited the elevator the look of terror on Evan’s face told an immediate story. The school’s Vice-Chancellor proceeded to inform me of Jason’s death. The pain was insufferable as we started our unexpected journey. We changed our flight plans and returned home to New Hampshire clueless of the travails that faced us.

Early the next morning we drove to Farmington, Connecticut where we were met by family members and traveled to the coroner’s office to see Jason. The shock of seeing my son, cold and still as though sleeping on the couch was unbearable. I touched his face hoping his eyes would open one more time. We walked out, gained our strength and proceeded to the scene of the accident where we saw the tree that took our son’s life and hastily picked up pieces of his car and personal belongings strewn around the crash site. Proceeding to the state police barracks we were greeted by a compassionate officer who handed us an inventoried box with our son’s things including his school books and CDs. Through a padlocked fence we were shown our son’s blue Subaru. Unsatisfied with such a distant view, we hiked around into the woods behind the building and took numerous pictures. The probable events of the crash began to play out in my mind as it has thousands of times since. The image of my son’s last seconds as his head hit a small piece of metal instantly ending his short life.

We traveled next to Jason’s apartment in Rhode Island. Entering in eerie silence we looked on a life in motion now abruptly stopped. Pots soaking, books open and to do lists all awaiting his return. Through our tears we took some of Jason’s possessions and journeyed home with an incredible sorrow I could never have imagined.

The following days were a blur of suffering and gently being helped by family and friends. We began to piece together the hours before Jason’s death. Like many young adults, Jason started partying on Friday night. Saturday evening was another party in Storrs, Connecticut where Jason and his friends drank heavily. Leaving the party they drove Jason’s long time friend back to his dorm where he begged Jason not to leave because the weather was so horrible. Jason refused and with his very inebriated friend from school set off on their ill-fated journey. Less than an hour later Jason was dead, his friend slightly injured. Despite efforts by the EMT’s our son was pronounced dead at the scene. The only mark on his body was the severely depressed fracture in the back of his head.

We knew our son drank a great deal and spoke with him often about it. He finally admitted that it was time to cut down and was training in ultimate wrestling and working out regularly and only drinking on weekends. We are a very open and communicative family and all high-risk behaviors were honestly discussed. It was made clear that drinking and driving was unacceptable and a call at any hour of the day to be picked up would be done without question or judgment.

When I first heard about the accident I assumed the cause was weather and speed. I was certain my children did not drive intoxicated. They promised. Slowly, Jason’s friends opened up and confessed that they often drank and drove and that Jason considered himself a better driver drunk than any sober driver. They were betting on what he would “blow” – what his blood alcohol content would be. I refused to accept these stories until toxicology reported Jason’s blood alcohol level at 0.2%, two and a half times the legal adult limit and ten times the juvenile limit. The code of silence amongst these teenagers, their perceived immortality and the ready availability of alcohol combined to end my son’s life.

Our children, unwary passengers and innocent bystanders are being killed and maimed. The pain and suffering is enormous. Education and raising the legal drinking age has unmistakably not worked. We must think outside the box using comprehensive, inventive education, innovative technology and “drinker’s-ed” licensing for teenagers. The laws must be concise and applied uniformly to all social, economic and ethnic groups. The punishment must fit the crime and be severe enough to deter risk. Our family will hurt for the rest of our lives. I am thankful that no one else was permanently injured or killed by our son’s poor decisions and plead that his death and those of other young adults rally a cry to change the culture. Go to your children, hug them, look them in the eye and ask them if they now or have ever drank and drove. When they say no ask again and again and again. Then tell them you love them, that you dread the thought of losing them and would be betrayed if they were dishonest. 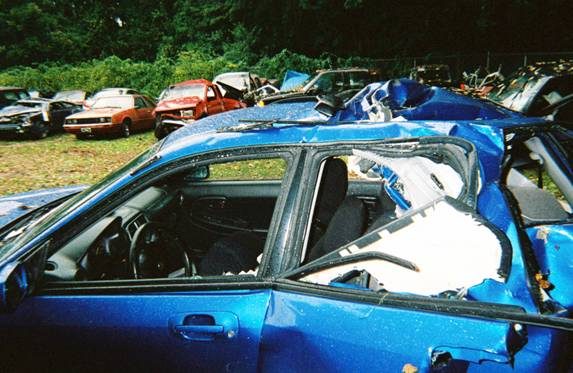 “You care so much you feel as though you will bleed to death with the pain of it.”
– Harry Potter and the Order of the Phoenix

Please feel free to share this web site with others as one parent’s attempt to stop this senseless loss of our youth.